We were in mid-life and close to retirement when we met on an organized walk in Italy. Before long we decided to devote our unsalaried lives to artistic projects, most notably writing music together. It has been a great adventure. This website shows the results. 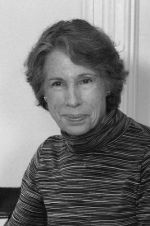 Martha was born in Richmond, Virginia and has a PhD in Economics and an interest in economic development. After working in Morocco and Ethiopia her main job was as an economist with the World Bank in Washington D.C. Bob was born in London, has a degree in Modern History from Oxford University and, after spells with Glaxo and the Confederation of British Industry, ran a business that made and supplied drawing equipment and materials to architects and engineers. We got married in 1994 and live between Washington and London. 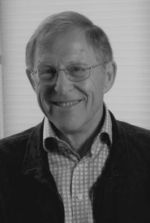 Our big love has been composing music, with an emphasis on melody. Our first joint composition was the incidental music for Studio Theatre’s production of Alan Bennett ’s “Talking Heads” in 1996. It was exciting to have a commission and to work together on a live production with deadlines. Subsequently, we developed an interest in musical theatre and wrote two one-act musicals (one for children), followed by a full-length musical, “Pamela” based on the life of Washington hostess and Ambassador to Paris, Pamela Harriman . Lately, we have concentrated on chamber music and collections of short piano pieces featured on this website.

People are surprised we write music together but, actually, it allows us to use our comparative skills. How do we do it? Mostly Robert writes the melodies and suggests the overall structure of the music; Martha does the harmonization and arrangement. To this end Martha, who has a longtime interest in piano, studied music theory and orchestration at Catholic University and, often with Robert, has taken extensive private tuition with experienced musicians and composers, including Jeffrey Chappell , Scot Hawkins , Andrew Simpson , and Jonathan Leshnoff . Robert’s musical background is mainly as a singer. He studied with opera singer Anne Ferry and sang with the Malcolm Sargent choir in London, and he wrote and recorded an album of songs (available on this website) with lead guitarist Mick Wayne just after meeting Martha.

In addition to the music, Robert runs the Epicurus Today blog, and we have five publications: